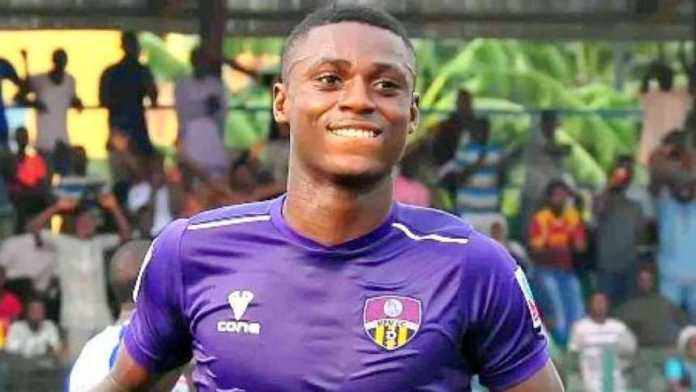 Former Nigeria Professional Football League top scorer, Stephen Odey, with his 10 goals across all competitions for his Swiss club FC Zurich, appears to be announcing himself to  Gernot Rohr for a Super Eagles Call-Up.

Odey took his goal tally for the season to 10 goals across all competitions as FC Zürich claimed a 2-0 win against Grasshopper in the Swiss Super League last Sunday.

Odey has tallied six goals in the Swiss top flight, one in the Europa League against Bayer Leverkusen and three in the Cup.

Every season, the Nigerian Professional Football League pitches a new star and in 2017, Odey of MFM FC was named the star man.

Odey featured in the second edition of GTBank-Lagos State Principals Cup where he was the captain of the winning Dairy Farm Senior Secondary School, Agege.

In January 2017, Odey was given the NPFL Bloggers' Award as the most valuable player of the month.

Odey joined FC Zurich in 2017 on a four-year deal and will earn an $8,000 a month at the club, and so becoming the third Nigerian player to represent the club after the late Rashidi Yekini and Ike Shorunmu.