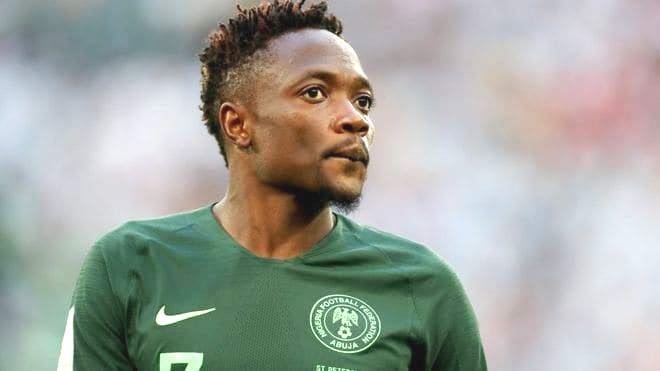 Ahmed Musa was forced to leave the pitch after picking up a knee injury in Al Nassr’s clash away to Al Fateh FC on Friday, raising question marks over his availability for the Super Eagles friendly tie against Ukraine on September 10.

The Super Eagles captain, making his second league appearance for the capital-based club, was at the receiving end of a dangerous tackle from a home defender in the first half.

The AFCON bronze medallist, still looking for his first goal of the season, had to be substituted after expressing discomfort in his left knee.

The Nigeria international was substituted, while his knee was heavily bandaged by the club’s medical team.

However, the eight-time Saudi league champions still went on to seal a precious 1-0 win to make it two wins in two games, and maintain their lead at the top of the Saudi Premier League.

The extent of the Nigerian’s injury has not yet been ascertained, however, Al Nassr will pray it is not something too serious.

Musa has one assist in two games for the league leaders.