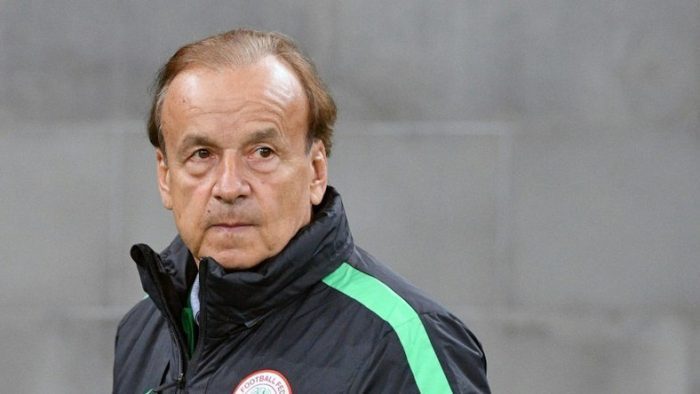 A giant birthday cake with a ball and football pitch was presented to the former Bayern Munich defender by the hotel in Alexandria.

This was before the team headed out for their training ahead of Sunday’s final Group B match against Madagascar, which will determine the overall winners of this group.

Incidentally, ‘Old Fox’ Rohr is married to a woman from Madagascar.

The former Gabon, Niger and Burkina Faso coach has been in charge of the Eagles for the past three years.

The proven taskmaster has rebuilt the team with a blend of youthful and experienced players to lead them last year’s World Cup in Russia and also qualified them to the 2019 AFCON after they missed out on the last two tournaments.