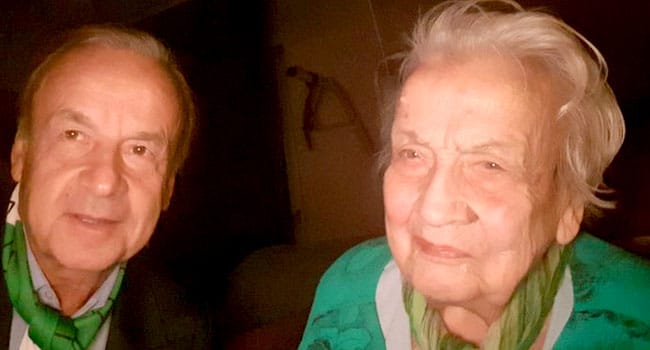 Super Eagles coach Gernot Rohr currently grieves following the passing of his mum at the age of 97.

The Nigeria Football Federation (NFF) announced the passing of Rohr’s mother on their social media accounts.

“We commiserate with @NGSuperEagles Head coach, Mr Gernot Rohr who just lost his mother Madam Elisabeth Rohr. She was 97. May her soul rest in peace,” the NFF wrote in a statement.

It is not known the exact day Rohr’s mum died but Rohr will have time to grieve and lay him mum to rest with the international break over.

The 66-year-old Franco-German was raised in his hometown Mannheim and was highly involved in sports since his early childhood days.