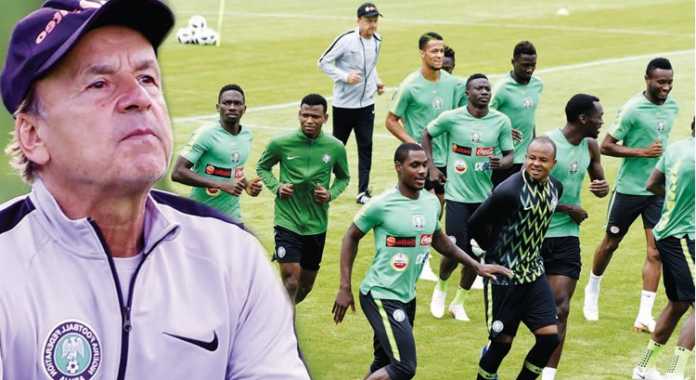 The Super Eagles of Nigeria have dropped to fourth in Africa but maintained their 44th position in the latest FIFA World Ranking released on Thursday.

Nigeria are currently on 1,427 points and will hope to improve on their position when the next FIFA World Ranking is released.

The three-time African Champions played out a draw in the two matches they played in November which has no doubt impacted on their FIFA Ranking position in the world and continent.

Belgium stay put at the top in the latest FIFA World Ranking, although the gap between the Red Devils, France and Brazil has narrowed over the past month.

Defeats for the leading pair in the UEFA Nations League resulted in both dropping six FIFA Ranking points, while Brazil – even though they are still 50 points behind France – added seven after wins over Uruguay and Cameroon.

The rise of Kosovo was also noteworthy as it took them to their highest FIFA Ranking position to date.

The next release of the FIFA World Ranking is scheduled for December 20.