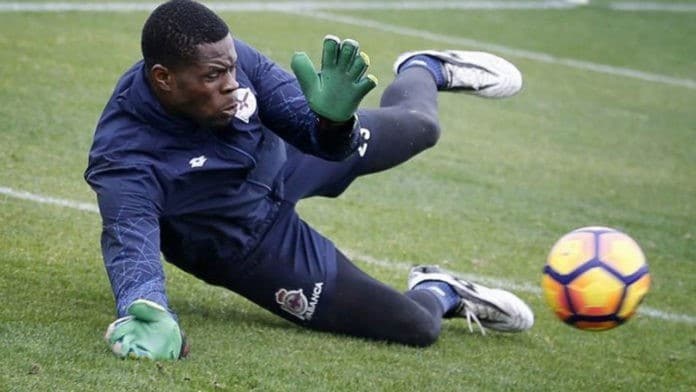 Ex-internationals, Joe Erico and Joseph Dosu have disagreed with the Super Eagles Coach Gernot Rohr over the reported goalkeepers crisis in the team as they prepare for the Africa Cup of Nations holding in Egypt between June 21 and July 19.

Rohr had recently mentioned that Super Eagles have a goalkeeping problem ahead of AFCON while disclosing his plans to send a goalkeeper trainer to Europe to drill Francis Uzoho, as was done before the 2018 World Cup in Russia.

In an interview with The Guardian yesterday, Coach Erico disagreed that Nigeria lacked dependable goalkeepers for the AFCON, saying, “We have one million and one goalkeepers scattered around Nigeria.

“If we don't have goalkeepers we will not have qualified at all. That means we will be coming home with a basketful of goals.

“I am not a believer in that school of thought. The handler should get one and really work on him,” he said.

Also speaking on the issue, Dosu said, “If the technical adviser can come out to say there is a problem in the goalkeeping area in the Super Eagles then it means he doesn't have confidence in the goalkeepers that we have.

“I believe every goalkeeper in the Nigerian league is waiting for opportunities.

“Goalkeeping I believe is all about confidence and it is the job of the coach to instil it in the goalkeepers any time they are in goal.

“But I think he shouldn't have disclosed that in the public. I hope it will not affect the goalkeepers,” he said.

Both ex-Internationals believe the Eagles need to work harder and not take other countries for granted in order to qualify from group B that include Guinea, Madagascar and Burundi.