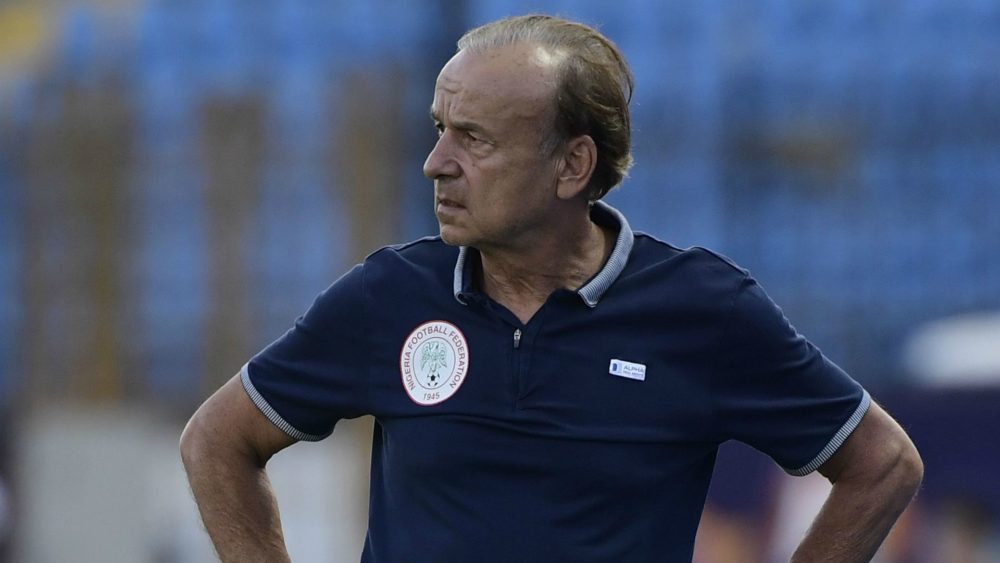 Super Eagles’ head coach, Gernot Rohr has instructed his lawyer to meet with the Nigeria Football Federation over the issue of his unpaid salary and bonuses.

It is understood that Rohr has hired the service of French-based lawyer Jacques Bertrand to meet the Federation on his behalf, while he focuses on football issue.

According to report, the former Gabon coach is worried about not getting his wages on time, as well as the financial welfare of his Eagles’ players and staff, before warning that there must be trust among all parties.

“When you sign a contract with a federation, you expect that both sides to the agreement will honour it. To be honest, I have spoken so much to the NFF about these issues that I have decided not to speak about them anymore.

“I’ve left all issues concerning the payment of salary and bonuses to my lawyer in Paris, Jean-Jacques Bertrand, who is dealing with the NFF on these matters. I want to concentrate on making the Eagles a better team without distractions.

“There must be trust between the NFF and the players on these issues so that the environment for the team can be peaceful. When there is a breakdown in trust, it makes things very difficult for me as the trainer.”

Rohr has not been paid for the past two months and it is believed that he’s on a $50,000 monthly contract with the Nigerian football governing body.