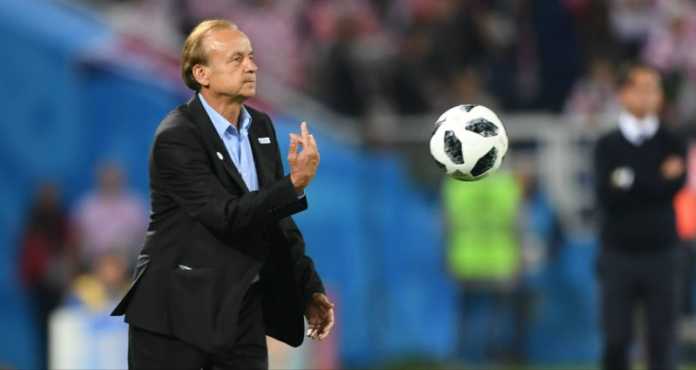 Super Eagles manager Gernot Rohr has singled out three Bafana Bafana players for special praise in the wake of his side's 1-1 draw with South Africa in an Africa Cup of Nations qualifier on Saturday, November 17.

”I told you already that you have a wonderful payer, who was man of the match (Tau). You have a very good goalkeeper (Khune) also,” Rohr said at the post-match conference.

”You have the captain (Hlatshwayo), also a very, very good player.”

Despite the 1-1 draw with Nigeria, South Africa's destiny is in their own hands and will qualify for next year's tournament in Cameroon if they beat Libya in their last game in March 2019.

”Overall, you have a team who can also go to the AFCON normally, but this last match will not be easy.

”Fortunately, it's not in Libya you will play, I think, also in Tunisia.

”We were there, it’s not easy. I can give some advice to your coach if he wants. Give him my number and I wish you all the best for this difficult match,” Rohr concluded.