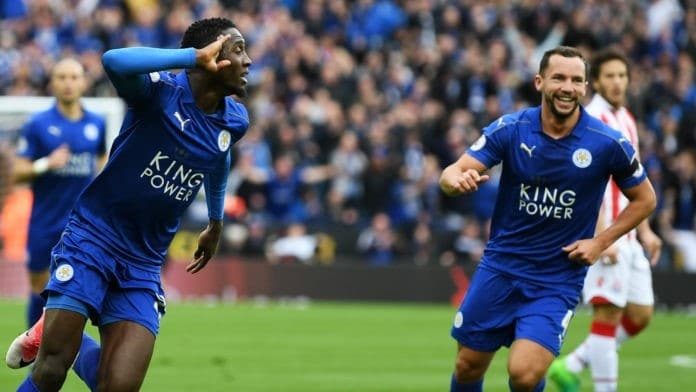 Southampton who played with a man down produced a fine second-half rearguard display to thump Leicester City 2-1 and move out of the Premier League's relegation zone.

Nampalys Mendy's awkward foul on Shane Long allowed James Ward-Prowse to score the opener from the 12 yard in the 11th minute, ending a run of four league visits to the King Power Stadium without a goal four Southampton.

Yan Valery was sent off soon before Long doubled the lead in first-half injury-time, but a much-improved Leicester halved the arrears through Wilfred Ndidi just before the hour.

Ralph Hasenhuttl's side faced unrelenting pressure from thereon in, but Southampton held firm for a vital three points – their first away top-flight win at Leicester since 2001 – that lifted them out of the bottom three.

Stuart Armstrong had threatened twice by the time Ward-Prowse thumped a penalty high and left of Kasper Schmeichel after Mendy carelessly dragged Long to ground.

Leicester were all at sea but nearly levelled when James Maddison's free-kick fell for Wes Morgan, who was denied on the line by Jan Bednarek.

Watch Ndidi's goal against Southampton below: