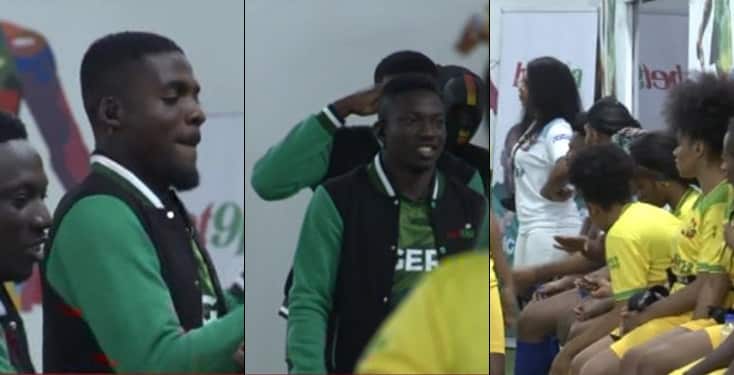 The stars were received by housemates as they began Friday arena games.

The game for tonight, which is a football game, will be officiated by Nigerian International football stars.

The housemate with the highest score during the soccer game will be declared the winner.

Due to their participation in the just concluded African Cup of Nations in Egypt, both players are yet to return to their club sides in Europe.

Etebo featured in every minute of Nigeria’s seven games in Egypt, while John Ogu saw 45 minutes of action against Madagascar. 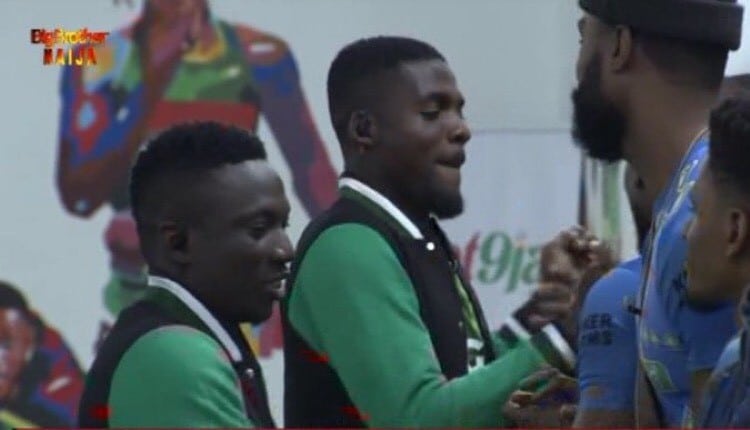 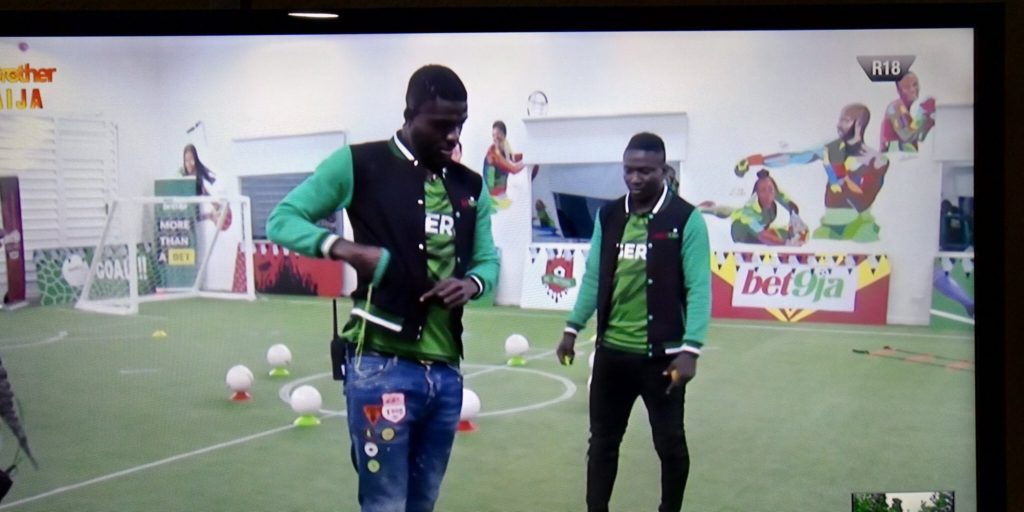 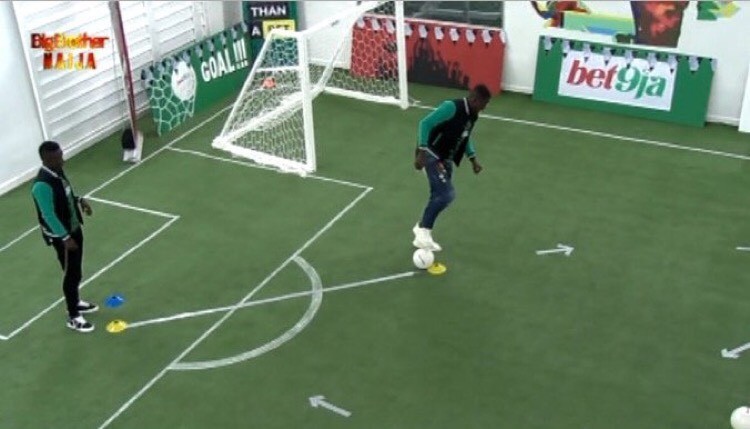 Delta-born Ogenekaro Etebo plays for Stoke City in England while Ogu plies his trade in Israel.