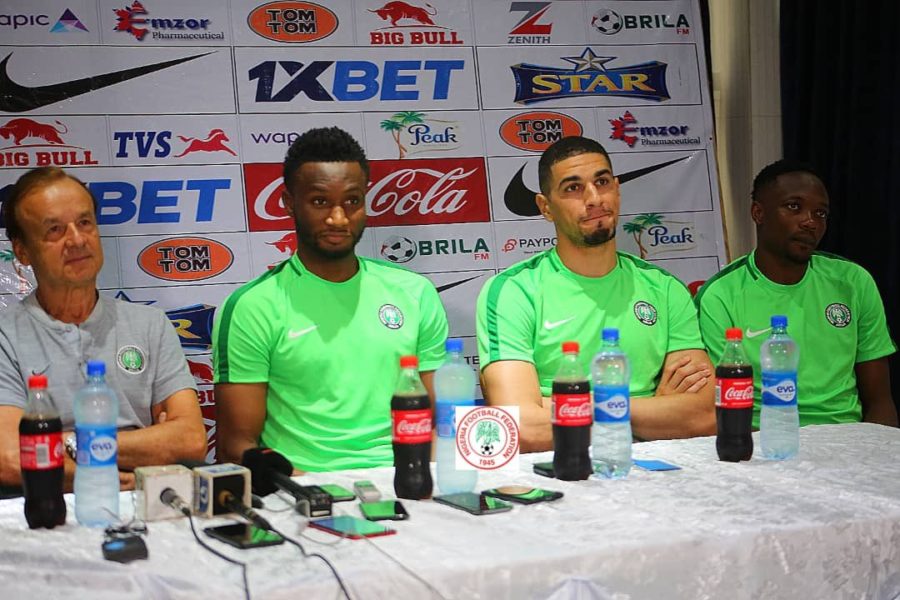 The three-time African champions struggled to win Burundi in their first game and could earn a ticket to the Round of 16 should they triumph over the National Elephants in Alexandria.

However, Gernot Rohr's men went on to complain about their unpaid bills.

Ahmed Musa refused to attend Tuesday's pre-match conference ahead of the Guinea game, but the Al-Nassr player fancied to stay back with his teammates for a ‘crucial' player's meeting at the Helnan Palestine Hotel.

“The player showed solidarity and had to stay back for an important meeting,” said coach Rohr when quizzed by the media.

Unpaid bonuses are not new in Nigerian football. First, it was the Nigeria U20 team who embarked on a sit-in protest and refused to depart Poland after their elimination from the FIFA U20 World Cup in Russia.

Recently, the Super Falcons of Nigeria, which was kicked out of the Women's World Cup in France, refused to leave their hotel until all outstanding bonuses were cleared – a claim the NFF have denied, maintaining Thomas Dennerby's ladies were not owed.

Goal got in touch with a top source of the country's football house in Egypt and has been promised that the players would be paid before they take on Paul Put's team at the Alexandria Stadium.

Nigeria top Group B with three points. They are two points above Guinea who were forced to a 2-2 draw by debutants Madagascar on Saturday.