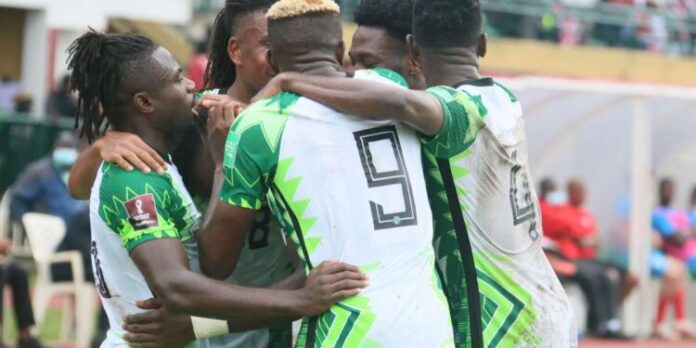 First-half goals from Leon Balogun and Victor Osimhen were enough for the Super Eagles of Nigeria to take their pound of flesh against CAR after a 2-0 win in their 2022 World Cup qualifier in Douala.

The Rangers defender Balogun put his poor performance on Thursday behind him to break the deadlock scoring for Nigeria in the 32nd minute after latching on to a long throw from captain Ahmed Musa.

Napoli striker Victor Osimhen doubled Nigeria’s lead before the referee called half-time scoring with an assist from Troost-Ekong inside Les Fauves 18-yard box taking the lead into the second half.

The second half saw missed chances from the Super Eagles who held fast to maintain the lead throughout the rest of the match.

Gernot Rohr's side have now maintained their lead at the top of Group C with nine points.

Next up is the second-leg fixture against Liberia in November.