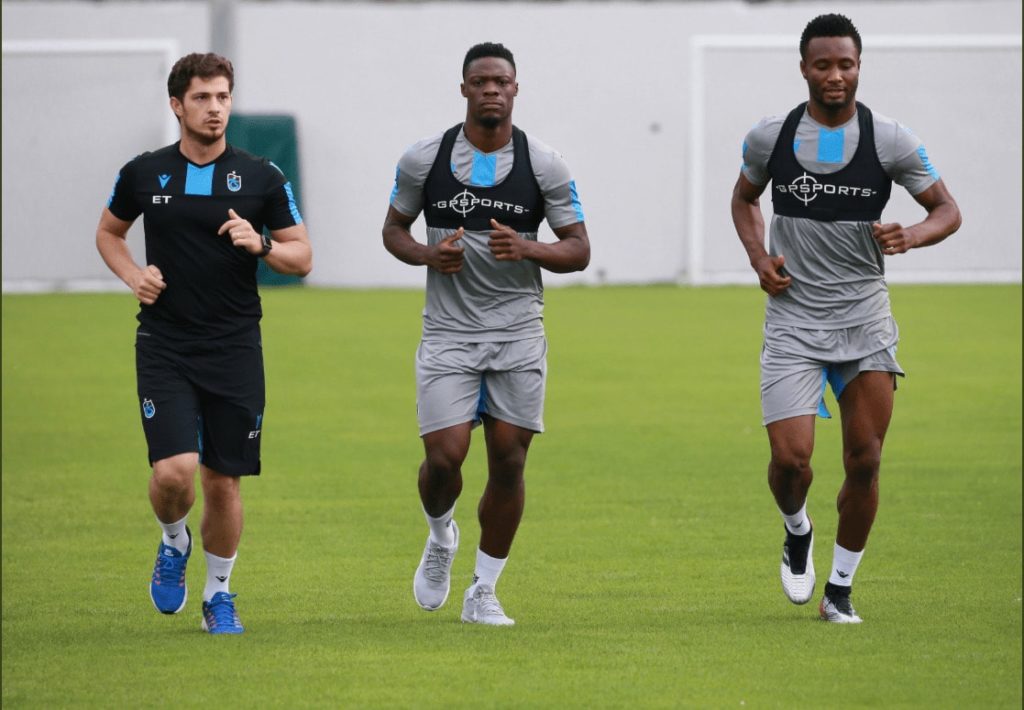 The 32-year-old Jos-born signed a two-year deal to play at Medical Park Stadium late last month until 2021 with an option for a further year, ending speculation about his future after cutting ties with Sky Bet Championship club, Middlesbrough.

Mikel who was swarmed by excited fans on arrival in Turkey earlier this week was joined in training by another new acquisition, Caleb Ekuban who is a Ghana international after both players represented their respective countries at the 2019 Africa Cup of Nations in Egypt.

“Caleb Ekuban and our new transfer Obi Mikel, who are in the national teams of their countries due to the Africa Cup, passed the health check,” reads a tweet on Trabzonspor’s official Twitter handle.

“The players who completed their health checks continued their work at Mehmet Ali Yılmaz Facilities within the special training program applied to them.”

Mikel will don the No 12 shirt and Turkish-Football can confirm that the reason behind his decision was because the number holds special meaning to him from his time at Chelsea.

Trabzonspor will play Kasimpasa on the opening day of the new Turkish Super Lig season billed to commence on August 18.