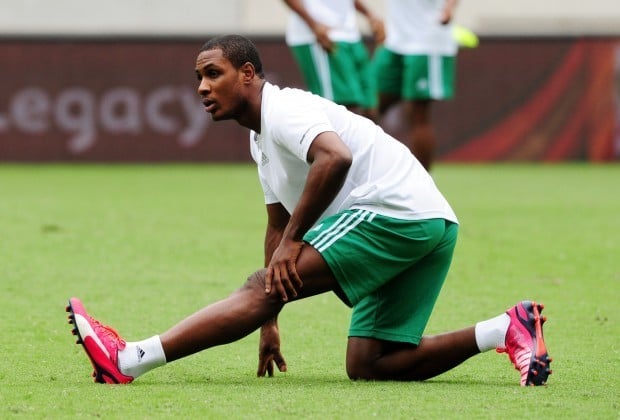 According to Barcelona-based daily sports newspaper, Sport, Odion Ighalo is now a surprise option for Barcelona who are looking to get a striker in the January transfer window.

The Super Eagles star is looking for a new challenge after his club Changchun Yatai got relegated from the Chinese Super League.

Ighalo who scored 21 league goals for Changchun Yatai last term is a shock option for Barcelona who are looking to sign a No. 9 in the winter window.

According to the same report, Barcelona are looking to get a striker on a temporary basis to cover for the expected departures of Munir El Haddadi and Denis Suarez.

The same report claim that Barca are looking at Ighalo and a host of names including Chelsea striker Alvaro Morata.

Sport also states that the striker is well known to Barcelona scouts during his time in Spain with Granada where he netted 12 goals in 15 appearances in two seasons.

The Super Eagles striker has had a host of offers to return to the Premier League but Barcelona will be too eye-catching to turn down if an offer is made.