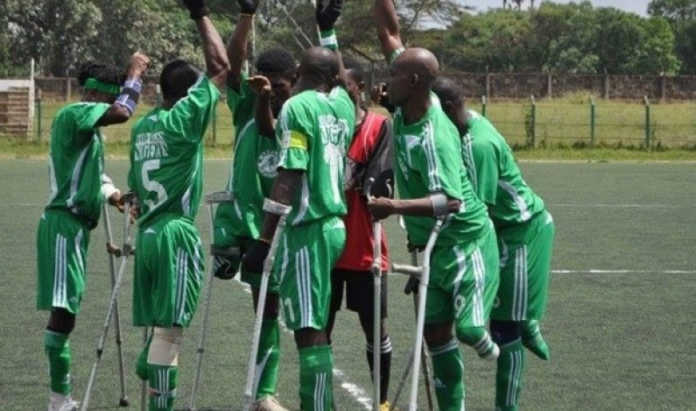 Super Eagles has donated the sum of $16,530 (about N6m naira) to the Nigeria Amputee (Special Eagles)  Football team ahead of this month’s World Cup in Mexico.

According to Completesports, the three-time African Champions who recorded a 4-0 landslide victory in Saturday’s 2019 Africa Cup of Nations qualifier against Libya at the Akwa Ibom International Stadium Uyo had a meeting and contributed to the cause of the Amputee team prior to the win.

“Yes we did donate, we hope they feature in the World Cup in Mexico,” a player who pleaded anonymity told CSN.

The World Cup Amputee Football will commence from the 24th of October, 2018 to November 11 in Mexico. A total of 46 countries will partake in the tournament. Nigeria has been drawn in Group D along with Russia, El Salvador, and Brazil.

The money is for the team’s preparations and travel expenses, and a further $5,000 contribution for the upkeep of the players during the tournament.