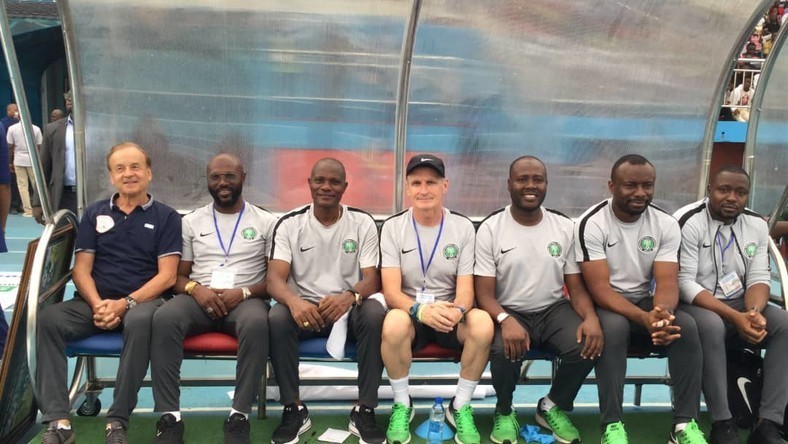 Former Super Eagles defender Sam Sodje has revealed in his latest interview that the issues with the National team are no longer with the players quality but the coaching crew.

Sodje in a chat with brila.net stated that the problem of the team right now has gone beyond issues with the players but it’s an issue of the coaching crew, and according to him, the department needs proper assessment and possible disbandment.

“I think the issue is not with the players because the players are playing well, I think the real issues here is with the coaching crew – we need to look into it and really assess that department very well.