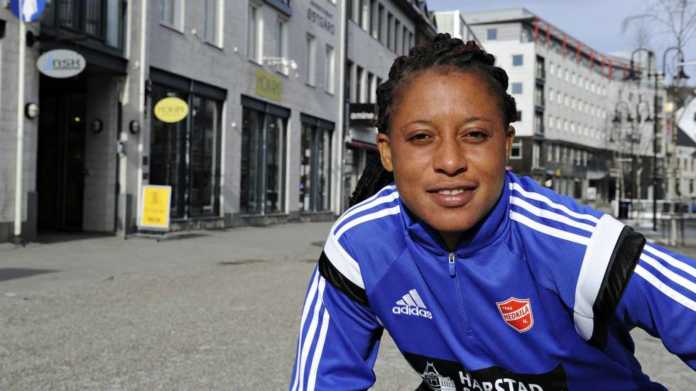 Tochukwu Oluehi has been named the best goalkeeper of the 2018 CAF Women's Africa Cup of Nations and is one of only two Nigerians that made the tournament's Best XI list.

The Super Falcons retained the title following an action-packed 4-3 penalty shootout against the Banyana Banyana after a goalless scoreline in regulation and extra-time.

Oluehi and Super Falcons captain Onome Ebi were the only Nigerians named in the Best XI the competition's Technical Study group.

The Best XI were selected to start in a 4-3-3 formation, and Ebi was named alongside Banyana captain Janine Van Wyk and her teammate Lebohang Ramalepe, with Cameroon's Claudine Tcheno completing the back four.

Asisat Oshoala, who scored three goals in the tournament was selected as a substitute, whilst Mali's Bassira Toure, who managed only two goals for Les Aiglonnes was voted as one of three attackers.

Francisca Ordega was also voted as a substitute in the list of 17 outstanding players at the AWCON 2018.