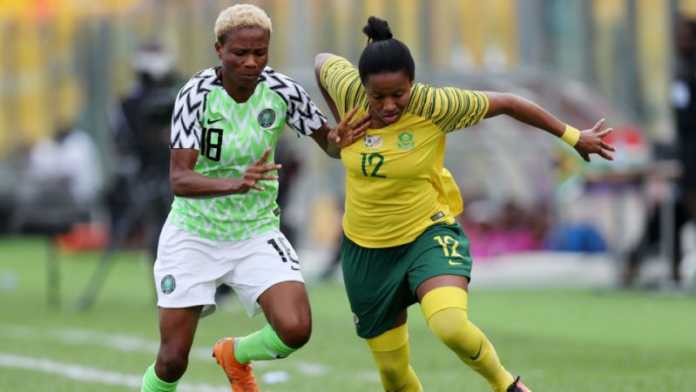 Super Falcons Halimatu Ayinde has put pen to paper for a one year contract with Eskilstuna United following their fine outing at the Africa Women Cup of Nations title they won for the ninth time.

The Swedish Damallksvenskan outfit announced the signing of Ayinde in a deal that runs until 2019.

The Swedish side confirmed the signing of the Super Falcons midfielder from Elitettan outfit Asarums IF.

Before her move to the top flight division side, Ayinde helped Asarums to safety in the second division, netting four goals, given seven assists in 22 appearances with the club.