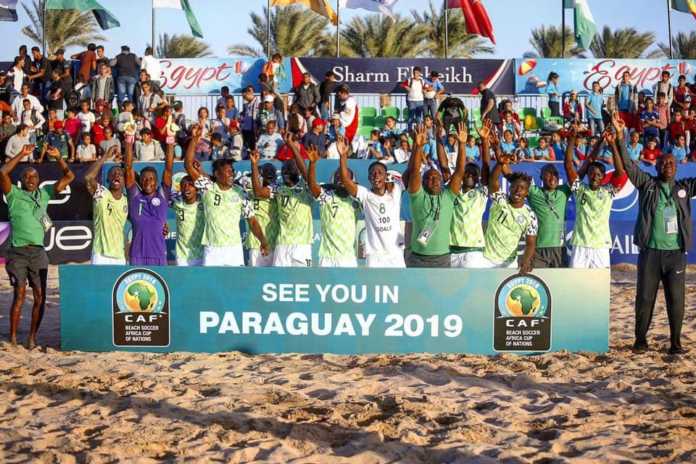 The Super Sand Eagles have qualified for the final of the ongoing Beach Soccer African Cup of Nations after defeating Egypt 7-6.

The first period saw Egypt trail by a goal as it ended 2-1 in favour of the Nigerian team.

At the end of the second period, the Sand Eagles were leading by four goals to three.

FINAL SCORE. Nigeria 7-6 Egypt. Our Sand Eagles are through to the final of this year's Beach Soccer AFCON and also booked a place at the World Cup in Paraguay next year. Congratulations Sand Eagles !!!!! #SoarSandEagles #BSAFCON2018 #Team9jaStrong pic.twitter.com/fgnOD29zlK

The keenly-contested match saw the Eagles pip the hosts 7-6 at the end of the third period.

Nigeria will face the winner of the second semi-final match between Senegal and Morocco during Friday's final.