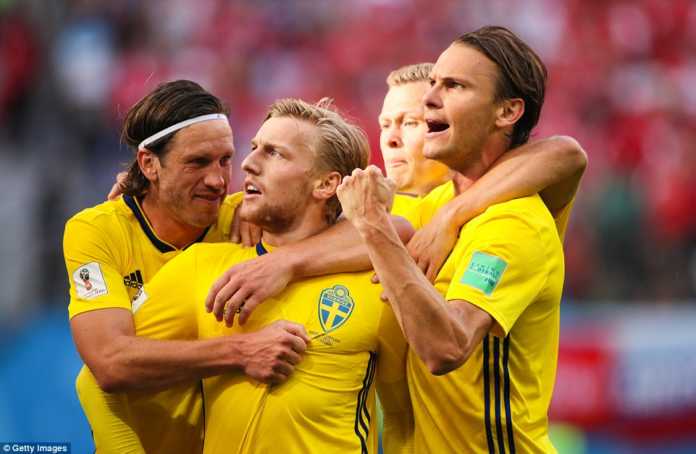 Sweden have secured a place in the last eight of the FIFA 2018 World Cup with a hard-earned 1-0 win over Switzerland in Tuesday's face-off in St Petersburg.

After a goalless first half, a deflected effort from Emil Forsberg got the job done for Sweden, who reach the quarter-finals of this tournament for just the second time since 1958.

Switzerland had Michael Lang dismissed during the closing stages of the game for a professional foul but it didn’t matter much as Sweden saw out the remaining seconds to secure a  clash with either Colombia or England in Samara on Saturday afternoon..

During the opening stages of the match, both Xherdan Shaqiri and Steven Zuber failed to put pressure with long-range strikes and Sweden almost capitalised when Marcus Berg was played through on goal, only for the forward to slice a half-volley well wide of the target.