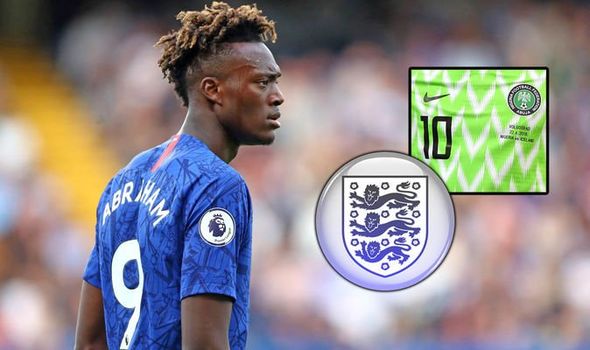 Jose Mourinho has revealed that he will ask his new AS Roma star Tammy Abraham to consider switching international allegiance to the Super Eagles should the striker continue to be snubbed by England.

The former Chelsea striker has so far scored twice for Roma since his arrival from the Premier League.

Abraham has played six times for England – three were mere friendlies – and scored a goal.

“I am trying to create a monster of a forward for Gareth Southgate (England manager),” Mourinho said.

“Unless he doesn’t have proper eyes and still opt not to call him up with the England national team, then I would suggest for Tammy Abraham to switch countries.

“He deserves more caps under his name.”

The 23-year-old is still eligible to play for Nigeria through his father.

Recall that Abraham had been previously approached by top Nigeria Football Federation (NFF) officials to play for Nigeria.