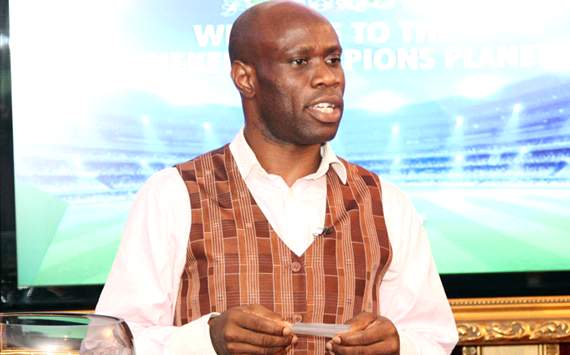 Ex-Super Eagles defender, Taribo West has called for the resignation of Nigeria Football Federation President,  Amaju Pinnick and his board in the wake of the alleged misappropriation of $9.5m FIFA grant.

While reacting to the corruption allegations levelled against top officers of the NFF, the former AC Milan and Inter Milan defender opined that the Nigerian football governing body led by Pinnick should vacate the position to allow for proper investigations.

“The present led administration of the Nigeria Football Federation should leave office.

“I believe the time has come to leave office.

“In a country where justice is being done with principle, order, equality of rights and honesty. Those being probed should leave the office”.

He further restated his commitment to God’s ministry.

Taribo West represented Nigeria at the U-23 level and won gold medal in Atlanta 1996 Olympic games.

See Also | It's Official! Messi Set To Leave Barcelona At The End Of Season

He was also part of the Super Eagles team at the France 1998 and Korea Japan 2002 FIFA World Cup.