Liverpool face Burnley on Sunday in a crucial clash for the Premier League title race.

This is the Liverpool midfield we want to see at Anfield. The Brazilian had yet to cement his place in the first team when the two sides met back in December. However since then, his workload has increased dramatically and the manager is trusting him as a defensive midfielder but also part of the flatter, a more fluid trio he used all of last season.

He is by far the best midfielder the Reds have at all the defensive tasks. He is the best tackler and has an eye for an interception. His break up stats are elite.

He is also dominant in the air and that is why I believe he is a lock to start against Burnley. The Clarets are built to drill balls to Chris Wood and try to win something at set pieces.

Fabinho’s height and aerial ability alone justify his inclusion this week. He won’t be needed to break up play as often as Burnley don’t play through the middle. But he will be employed to cover the full backs who will be on full attacking duties like they were against Watford last week where they contributed five assists. I would not be surprised if the manager kept rolling with Gini Wijnaldum for the rest of the season. He has had an outstanding season and is clearly highly favoured by Klopp.

However, I think we should be brave for this game and unleash Naby Keita. The Guinean had been in good form before this run of big games against Bayern, Man Utd and Everton. While I understand why Klopp doesn’t want to fully bank on him in the big fixtures, he has proved himself worthy of inclusion against the lower sides, especially at home.

The Burnley midfield will camp on the edge of their box and beckon Liverpool to break them down. They are one of the more predictable sides in the Premier League for both starting eleven and tactics. The only question for them is do they revert to 4-5-1 against a superior Liverpool side after playing 4-4-2 for most of 2019.

Either way, we will need Keita’s ability to dribble and carry the ball through the lines if we are to create any space for the forwards to capitalize on. 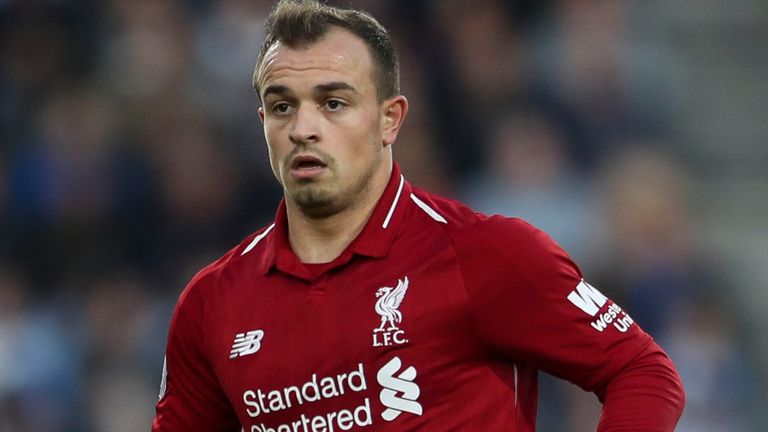 “There is no way Klopp picks Keita AND Shaqiri” I hear you scream. Well, he did already, against Burnley. That worked out pretty well as the Reds ran out 3-1 winners after conceding a goal early in the game.

Granted we are in a different moment now. Dropping points in a home game as huge favourites would likely be a killer blow to the title challenge.

Sharqiri has become something of the forgotten man. After bagging the Reds the win against Manchester United in December the Swiss international has featured less and less.

Last week was the bizarre decision by Klopp to bring on Adam Lallana instead of Shaqiri as they were chasing a win at Goodison Park. The Englishman has done nothing for Liverpool in almost two years. That sub caused much consternation among the fanbase.

I don’t know if Klopp will take the risk of playing a midfield like this – without any of the trio who started the Champion League final. But I believe the bravery will be rewarded with a straight forward victory and the Reds can turn their attention to progressing in the Champions League.