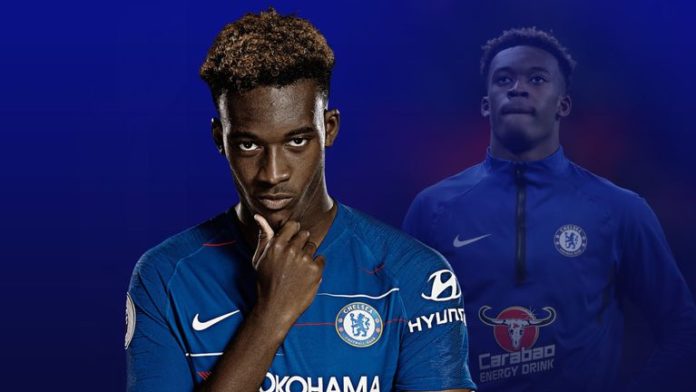 Chelsea are all set to accept Bayern Munich's bid for Callum Hudson-Odo, but only f they agree to one ‘simple’condition, according to reports.

Chelsea want to keep the 18-year-old but are mindful that he only has 18 months left on his current deal and has threatened not to extend his contract if Bayern's offer is cast off.

According to The Times, Chelsea are now ready to let Hudson-Odoi move to Bayern on the condition that a buy-back clause is added in the contract.

Bayern are hesitant to agree to Chelsea's demands and know full well how much Hudson-Odoi's value could explode if he takes the Bundesliga by storm.

Chelsea are said to be exceptionally disinclined to risk seeing another talented youngster leave the club only to flourish elsewhere, talking about the likes of Kevin De Bruyne, Romelu Lukaku and Mohamed Salah.

Chelsea are believed to be unhappy with Bayern for talking about their interest in Hudson-Odoi publically, with Maurizio Sarri angry at his press conference on Friday.

“They are talking about a player under contract with Chelsea, so they didn't respect our club I think.”