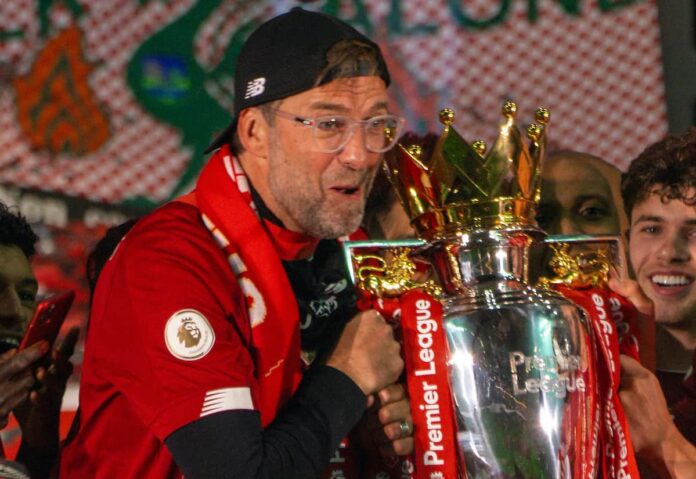 The Anfield side have begun the season on a somewhat good note despite how the bookmakers may make it look like.

The club has been very much dependent on what Jurgen Klopp can make out of the tactical box along with the brilliance of a Mane and Salah high up the pitch for Liverpool.

He’s been that outstanding to have generated that kind of confidence as a manager at a club like Liverpool which is relatively laden with expectations and certain club demands.

However, has the Reds really convinced a lot of people that they can stage a claim to the EPL crown this season?

While the likes of Everton and Arsenal are trying to improve on their current performance in the Premier League, Liverpool would take note of their main rivals in the mold of Chelsea and the Manchester rivals (City and United).

With the draw against City on Sunday coupled with Liverpool’s inability to keep it tight at the back much would be brewing in the minds of the fans as regards their ability to win the Premier League this term.

Liverpool’s ability to see off a game was brought to the test by the Citizens on Sunday.

And did Liverpool pass that test from a good point of view? Your guess is as good as mine as the match ended in a draw despite the quality Sadio Mane and Mohamed Salah brought to the table for the Reds.

It's very amazing as to why Liverpool couldn’t maintain their initial class of keeping a clean sheet or has Alisson Becker gone blunt in between the strikes.

Drawing 3-3 with newly-promoted Brentford City say a lot about the Reds' defensive capability.

While Klopp must take a clue as to why his side is unable to pick at least the three points when they met Chelsea and Manchester City early in the season.

Liverpool’s inability to record a win against 10 men Chelsea is a question mark for Jurgen Klopp and his wards.

While the fact that they face a tougher test in the reverse fixture against these two aforementioned rivals away from Anfield gives a more clear picture of the challenges that lie ahead of the Liverpool season for sure.