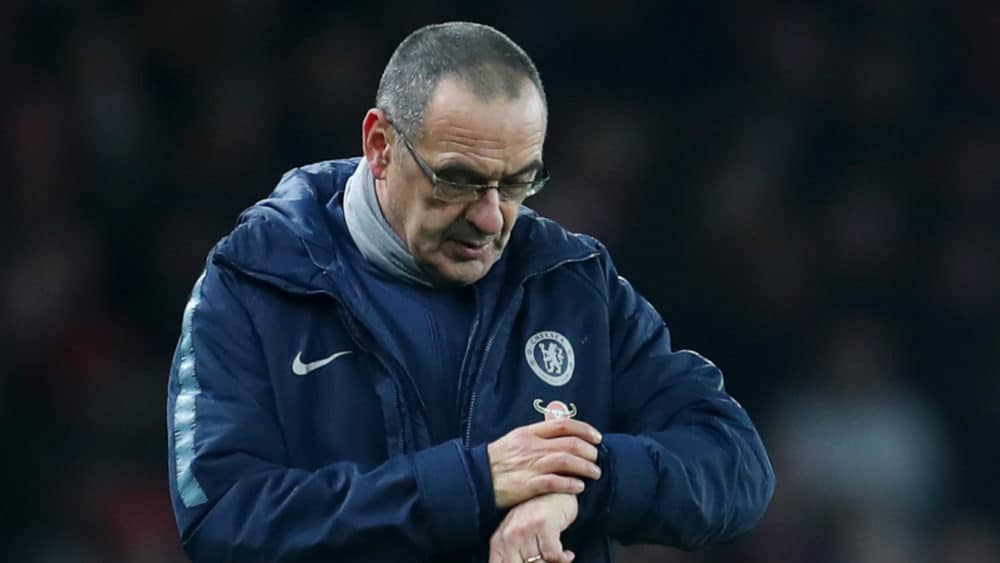 Chelsea have three candidates in mind to take over from Maurizio Sarri at Stamford Bridge as he’s expected to leave his post as Chelsea boss when the season ends.

Sarri has struggled to implement the type of football that saw his reputation soar at Napoli.

SEE ALSO: Emery Hints About the Youth Star Who Will Replace Aaron Ramsey

The Blues have accordingly identified Massimiliano Allegri as a possible replacement for Sarri given his availability.

The 51-year-old’s credentials though cannot be disputed having won the Italian title with AC Milan before his appointment as Juventus boss.

Former Real Madrid manager Julen Lopetegui is also being looked at as the man to take Chelsea forward.

His super agent Jorges Mendes, who is Jose Mourinho’s agent, knows the Chelsea hierarchy well and has offered them the chance to offer his client the job.

The third and most popular choice for the Europa League finalists is former player Frank Lampard.

The club’s record goalscorer though has repeatedly refused to comment on speculation that has linked him with the Stamford Bridge hot seat insisting his focus is firmly at Pride Park, but he would find the Blues hard to turn down.