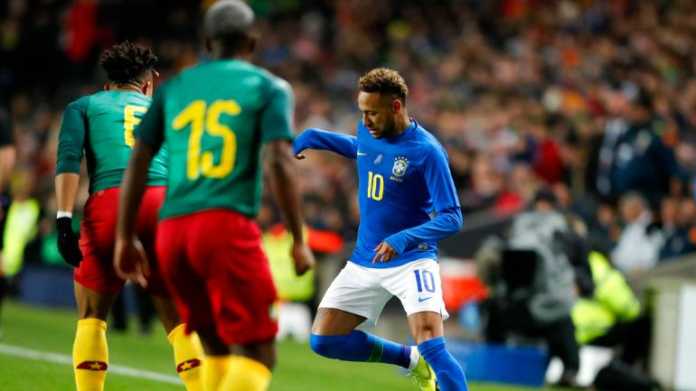 Tite has commended his counterpart Clarence Seedorf for Cameroon's style of play in their 1-0 defeat to Brazil on Tuesday.

Richarlison scored the only goal of the match on the stroke of half-time, having replaced the injured Neymar in the eighth minute.

Brazil were leading for much of the game in Milton Keynes and created several opportunities, but Tite was still able to be pleased about Cameroon, who were playing just their fifth game under Seedorf.

“I even congratulated Seedorf,” said Tite.

“I'm not talking about what's worse or better, but it was a beautiful game of football.

“We put pressure on, creating a lot of opportunities, but we couldn't complete them or turn them into goals. He also brought a creative process. Anyway, it was a good game to watch.”

One aspect of the season that has particularly thrilled Tite is the arrival of new players into the fold, though he felt it necessary to apologise to Rafinha and Dede for not bringing them on against Cameroon.