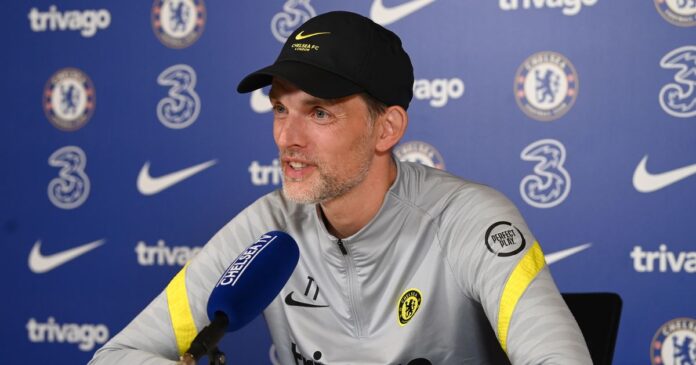 Chelsea manager Thomas Tuchel has given an injury update on five Chelsea players ahead of the Brentford clash on Saturday.

The Blues boss said: “Thiago will be back in the afternoon, hopefully, safe from this match in Brazil. We had our talk and tactical training, he missed all that.

“He played 90 minutes and had 12 hours of travelling so that gives you the answer.

“Toni Rudiger is injured, came back injured from the national team. Christian Pulisic is still injured.

“We also have doubts with Hakim Ziyech who has missed the last couple of sessions with a headache.”

Lukaku had been a doubt for the Brentford clash after withdrawing from the Belgium squad last weekend due to muscle fatigue, having netted in the 2-1 loss to France before that.

Chelsea will play Malmo in the Champions League on Wednesday followed by Norwich next Saturday.