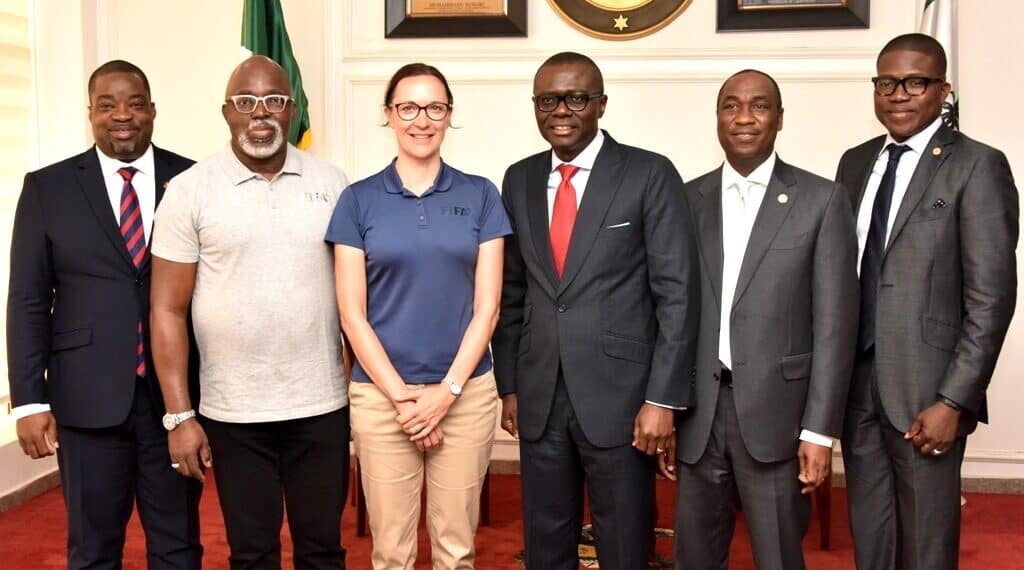 Lagos State Governor, Babajide Sanwo-Olu has assured the safety of participants and visitors coming to the State for the Under-20 Women World Cup in 2020.

Sanwo-Olu, on Tuesday, received members of FIFA to his office after Lagos was named as a potential host city for the competition.

The FIFA officials were led by the President of the Nigeria Football Federation, Amaju Pinnick.

The Governor said he was elated by the choice of Lagos as a potential host city of the sporting fiesta, a development that followed FIFA’s inspection of sporting facilities in the State.

He said: “We are very excited that FIFA is considering hosting one of its very important tournaments, U-20 Women World Cup, in Nigeria.

“As a government, we will give our assurances on all things required to make the event successful.

“We will also be supporting NFF and FIFA to ensure seamless transportation, accommodation and crowd management.”

Hosting the U-20 Women World Cup in Lagos, the NFF boss said, would be the required boost to spur the Falconets to lift the trophy next year.

He said if given the hosting right, Nigeria will become the first African country to host the women World Cup, pointing out that the FIFA team members were satisfied with the condition of the facilities inspected in Lagos.