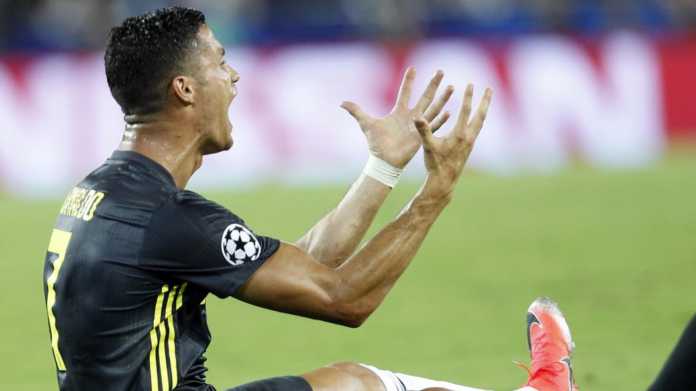 The Juventus striker was sent off just half an hour into his debut in the tournament for new his club after appearing to momentarily pull the hair of defender Jeison Murillo.

The competition's all-time leading goalscorer was shown a straight red card and left the field in tears, throwing his participation in both games against former club Manchester United into doubt.

UEFA rules dictate that Ronaldo must serve an automatic one-game ban with no right to appeal – ruling him out of Juve's clash with Young Boys on October 2 – although the automatic three-match suspension imposed for violent conduct in the Premier League does not apply in the Champions League.

However, UEFA could increase the punishment depending on whether a panel considers the offense to be serious enough, with a two-match ban denying Ronaldo the chance to return to Old Trafford and a three-match suspension ruling him out of the reverse fixture against United too.

The five-time Ballon d'Or winner might also face further punishment owing to the time it took him to leave the field while protesting what was the first Champions League red card of his career.

UEFA are awaiting the referee's report before deciding whether to increase the suspension, but Juve are able to appeal against anything more than a one-match ban.