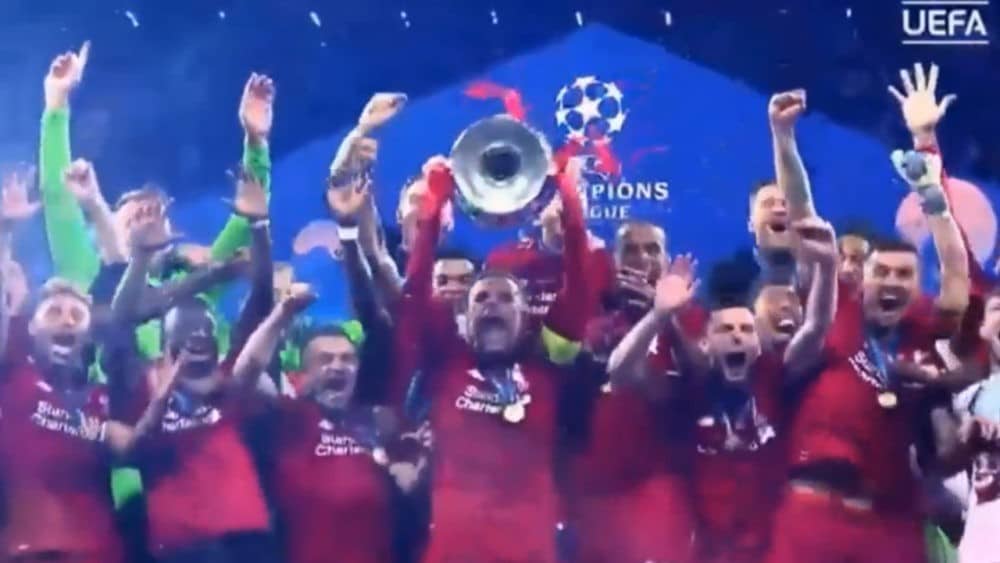 UEFA have released the intro for the 2019/20 Champions League season with updated clips from the previous campaign.

The video highlights Gini Wijnaldum’s exciting celebrations following his second goal against Barcelona in the climactic 4-0 win at Anfield.

The intro unmistakably ends with the current holders of the Champions League – Liverpool – with the Reds captain lifting ol’ big ears over his head.

There is ust one issue in the video: the intro is seriously lacking a bit of Divock Origi!