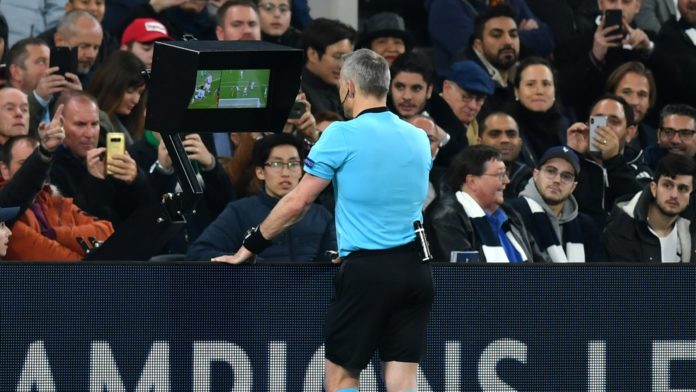 Attempts to clarify the decision made by VAR during Tottenham Hotspur's Champions League quarter-finals second leg against Manchester City at the Etihad Stadium has been made by UEFA.

The football governing body has defended referee Cuneyt Cakir’s decisions during the tie which saw Spurs make the final four despite losing 4-3 on the night.

Mauricio Pochettino's men edged out Man City on the away goals rule, with Fernando Llorente bundling the ball home in the second half for the decisive goal which put Spurs through.

The controversy came about due to the fact that the goal was reviewed on VAR by the referee with some angles showing that the ball struck Llorente's elbow.

It's believed not all of the relevant angles were shown to Cakir, something which left former referee Mark Halsey wondering why the angles was not available.

When new UEFA rule changes come into effect next season, it will likely have ruled out the goal.

Whilst no answer has been offered, a spokesperson has had this to say: “All relevant angles were made available to the referee to take his decision last night.”

The incident has sparked anger and it's unlikely we have heard the last of this.

The first leg takes place in the capital on Tuesday, April 30.