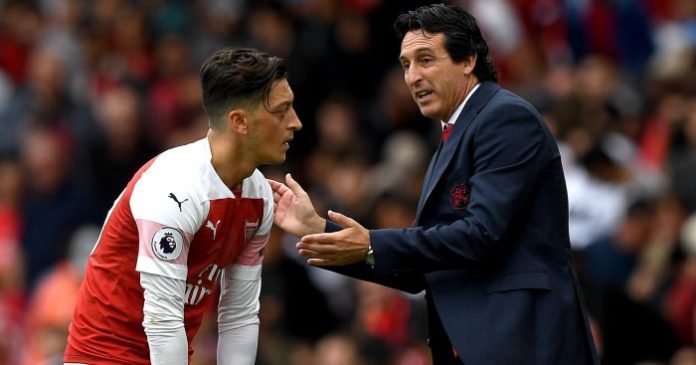 Ozil has also been left out for what Emery described as “Tactical reasons” as he struggles to prove his worth to Emery despite signing a club-record £350,000-a-week deal in January 2018.

Rumours persist that Ozil will be made available for sale this summer as Emery seeks to overhaul his squad but ahead of tomorrow's Europa League last 32, second leg clash against BATE Borisov – in which Arsenal must overturn a 1-0 deficit from last week – he claimed the midfielder's attitude will determine his fate.

Asked about former Arsenal manager Arsene Wenger's comments that Ozil may be operating in a “comfort zone” created by his huge contract, the Gunners head coach said: “First, mostly, the key is in his hand.

“To be available for us training. When you can train with regularity, consistency, you can help us after in the games.

“Now I think this week is good for all the players because we are in an important moment for the season.

“I am looking at him in the training like we want. I know he wants. But he needs to be consistent, be available for training, for the matches.

“Without the injuries, without being sick. Like that, I think we can see the best Mesut with us.”

Ozil is in line for a recall to the squad after his latest bout of illness ruled him out of the first leg, although Aaron Ramsey is also pushing for inclusion having returned to full training following a knee problem.