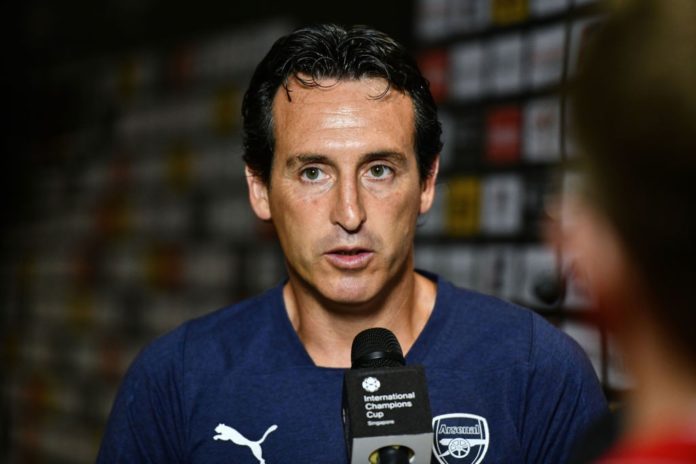 Arsenal boss Unai Emery faces a summer of massive importance and he has drawn up plans to prioritise signings in three positions, according to reports.

Failing to qualify for the Champions League means Emery will be left with a limited budget which could be just £40million before player sales.

Three players who Emery could offload are Mesut Ozil, Shkodran Mustafi and Henrikh Mkhitaryan as he looks to free up added funds to bolster his side.

It is claimed selling all of the trio would take as much as £50m off of the club’s wage bill, which would provide Emery added finances to target more signings.

But with the money that he starts off with, Gunners' boss will look at bringing in a winger – with Bournemouth’s Ryan Fraser his top target – as well as a box-to-box midfielder to succeed Aaron Ramsey and a commanding centre-back.

In midfield, Ramsey’s exit takes some more money off of the wage bill but the Welshman leaves a big hole to fill in midfield.

And having bolstered his options in defensive midfield last year with Lucas Torreira, Emery now wants a box-to-box player capable of adding to the Gunners’ game defensively and offensively.

Bolstering the team out wide is also an important objective for Emery with Fraser as his No 1 choice.

Crystal Palace’s Wilfried Zaha had been a potential target but without the boost of Champions League qualification, the Gunners will be unable to meet Palace’s£80m demands.

Another player who could leave the Emirate is captain Laurent Koscielny, who could be allowed to go if Emery does not see a place in his plans for Koscielny beyond this season.