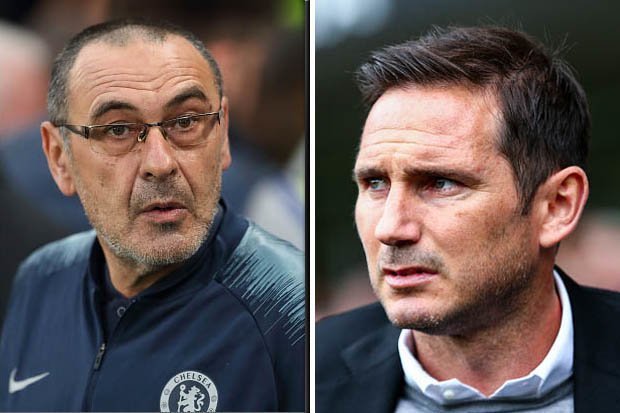 Reports that Chelsea have opened talks with Frank Lampard over him becoming the next manager at Stamford Bridge are in fact wide of the mark, that's according to the Derby Telegraph.

The Derby County head coach is the favourite to succeed Maurizio Sarri at Stamford Bridge, with the current Blues' boss on the verge of leaving to become the next manager of Juventus.

It was widely reported yesterday that the Blues have opened talks with Lampard over him becoming the next Chelsea manager at Stamford Bridge, although the Derby Telegraph have since claimed that these reports are not correct.

This newest report claims that Chelsea are yet to make an approach to Derby to speak to their all-time top goalscorer, who has two years remaining on his contract at Pride Park.

There’s no gainsaying that he did a wonderful job with Derby last term, but the expectations are much higher at a club like Chelsea. Many believe he needs a bit more experience before taking the job.

Derby will be desperate to keep hold of Lampard, as he will be pivotal to their prospects of success next season, but he may find it very tricky to reject Chelsea, given his personal links to the club.