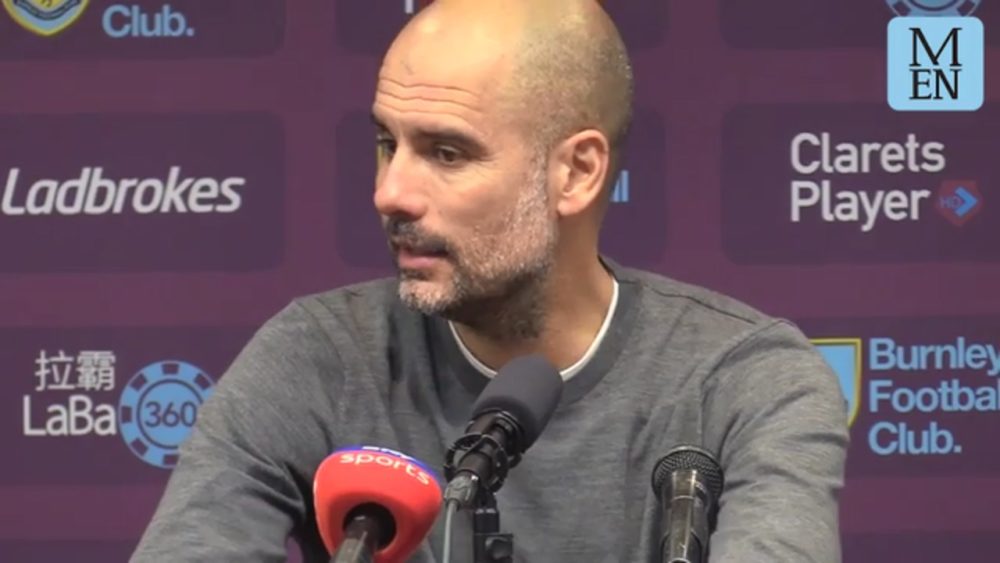 Concern have been growing among Manchester City fans amid speculation linking Pep Guardiola with Juventus job this summer.

It doesn’t appear as though there is any reason for Spanish tactician to consider an exit, especially being fresh from guiding City to a domestic treble this past season, but with Massimiliano Allegri set to leave Juventus at the end of the campaign, the City boss has been linked with the post.

Reports have even suggested that Guardiola has agreed a deal with the Turin giants, which would be a huge blow for City if they were to lose their influential coach.

However, Guillem Balague has ruled out those reports and has insisted that his compatriot is going nowhere, even though there are no new plans to sign a new contract at the Etihad either.

Nevertheless, given his close relationship with the Spaniard during his career, it’s perhaps enough to ease any fears that Man City fans had about a potential exit this summer.

Time will tell if that’s correct though as Guardiola could have a change of heart and accept a new challenge in a different place.

Further, Corriere dello Sport editor, Ivan Zazzaroni, has suggested that Guardiola was in Abu Dhabi at the time of claims he met with Juventus officials in Milan on Tuesday, as noted in his tweet below.

On Pep and Juve. He is staying at @ManCity. No idea where the stories come from, but no truth in them.

In fact, it was published he was in Malpensa, when actually at that point he was on the bus in Manchester!

By the way, no truth in a new contract being discussed either. pic.twitter.com/k2EizBhmMs