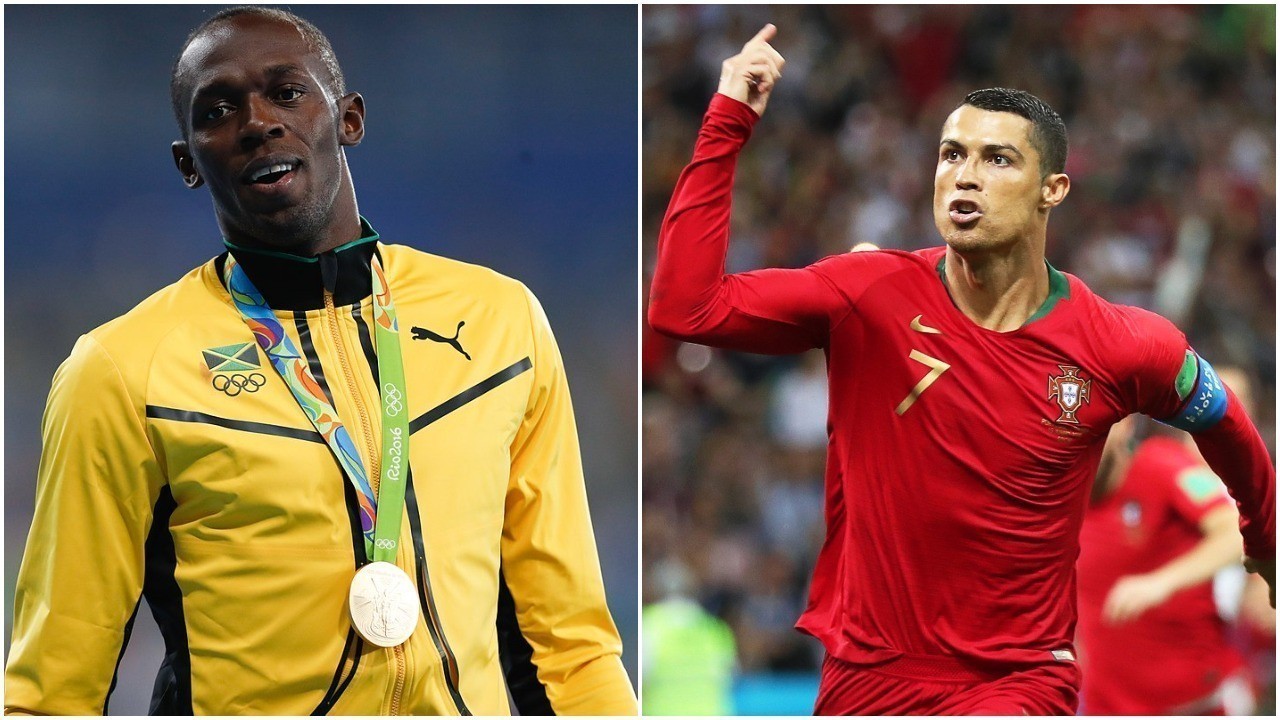 He set the world record 100m time of 9.58 when winning gold at the Berlin World Championships and also has the 200m world record with a time of 19.19 seconds

The Juventus star, on the other hand, once ran 96m in 100 seconds while at Real Madrid and his official FIFA speed is 21mph.

Ronaldo is still playing at the elite level and that is why Bolt believes he would come second if they raced each other.

“Cristiano would win for sure,” Bolt told  Marca.

Bolt admits the Portuguese star is ‘definitely' faster than him

“He’s still active and he works hard every day. For me, he’s a super athlete.

“He’s always at the top of his sport. He works very hard and is always focused. I think right now he would be faster than me.”