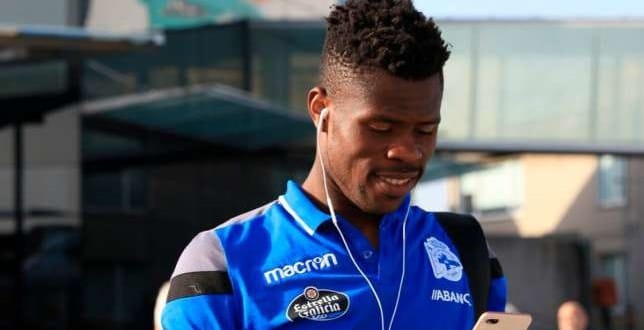 Francis Uzoho kept a clean sheet as he was in goal for Elche when they defeated Real Zaragoza 2-0 at Estadio Manuel Martínez Valero on Sunday evening in the Spanish Segunda División.

It was the second consecutive game the Super Eagles goalkeeper had not conceded a goal, starting from the 2-0 win against Malaga on his league debut on October 19.

Goals from Gonzalo Verdú and Nino was all Elche needed to register their third win of the season, the visitors had a chance to reduce the deficit in the 87th minute but the Nigerian goalkeeper made a goal-line save.

It was the first time this season that Elche have not conceded in two successive matches thanks to Uzoho who celebrated his 20th birthday on Sunday, October 28.

The impressive Nigerian goalkeeper was unbeaten in the Africa Cup of Nations qualifiers against Seychelles and Libya in Uyo, bringing his total number of shutouts for club and country to four in six matches.

The Deportivo de La Coruña loanee has been preferred in goal ahead of the veteran goalkeeper José Juan since he returned from international duty this month.