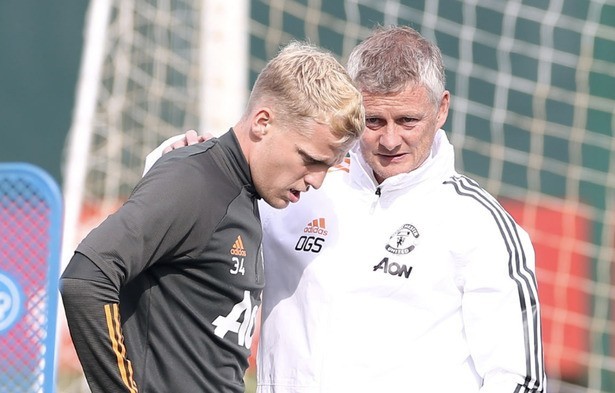 Donny van de Beek is still yet to start a Premier League game for Manchester United since his big-money move from Ajax.

Initially, there were question marks over where the Dutchman would fit into the team, and he was expected to be Ole Gunnar Solskjaer’s third-choice centre-midfielder behind Bruno Fernandes and Paul Pogba.

However, things now seem worse than that for the 23-year-old midfielder, as he was forced to watch Fred and Scott McTominay start ahead of him against Chelsea.

Van de Beek was caught on camera during the second half looking solemn after watching Pogba get substituted on, while Solskjaer made all three changes without giving Van de Beek a chance.

After the first six games of the Premier League season, Van de Beek has only played an hour, with those minutes coming in bit-part appearances from the bench.

And speaking to ESPN FC, Steve Nicol expressed sympathy for the young midfielder.

“I had forgotten about Van de Beek,” Nicol said.

“When I saw the team and saw Juan Mata playing I thought Van de Beek must be injured. But there he was, sat in the stands.

“Juan Mata plays before you… Oh my goodness.”