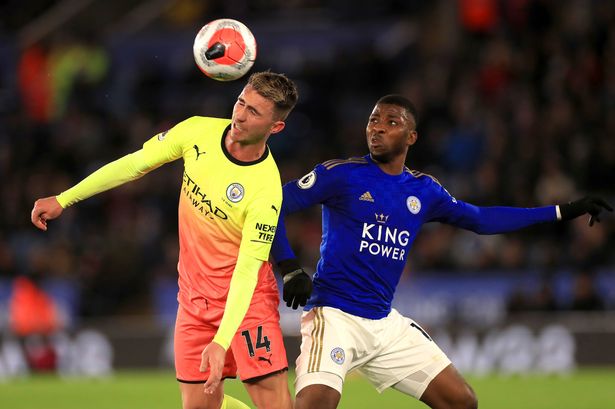 Leicester City were not awarded a penalty for the clash between Ederson and Kelechi Iheanacho because “the collision was inevitable”, a VAR review said.

The Nigerian was clattered by the Man City goalkeeper five minutes before half-time at the King Power Stadium as Iheanacho latched onto James Maddison’s chipped ball.

Iheanacho met the ball with Ederson’s gloves connecting with the 23-year-old’s chest and face, that’s according to Leicestermercury.

Referee Paul Tierney awarded a corner, while a VAR check said that was the correct decision.

Referees body PGMOL said “the collision was inevitable” when Ederson took out Harvey Barnes in the reverse fixture.

That wasn’t the only Leicester penalty appeal.

Maddison’s free-kick earlier in the game was blocked by Kevin De Bruyne’s arms but it was deemed that his hands were “in the expected position for a ball heading for your face.”

The match was goalless at half-time despite chances for both sides, Jamie Vardy hitting the post inside the first 10 minutes after an excellent through ball from Youri Tielemans, while Kasper Schmeichel had to be alert to save from Riyad Mahrez and Ilkay Gundogan.

Iheanacho was substituted at half time, and replaced by Harvey Barnes.

And at full time, the game ended 0-1 in favour of City, thanks to Gabriel Jesus strike on 80th minute.