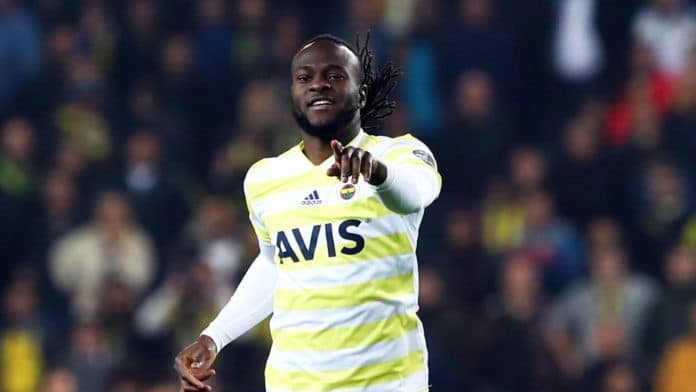 Victor Moses has opened scoring in his new club Fenerbahce.

The former Super Eagles star netted his first goal for the Turkish champions in their 2-0 win over ten-man Goztepe in a Turkish Super League clash at the Ulker Stadium.

The News Agency of Nigeria, NAN, says it was Moses' second appearance for the club since his one and a half year loan signing on Jan. 25.

Moses came on for Andre Ayew in the 64th minute and helped Fenerbahce win their second consecutive win in the Turkish Super Lig.

Ayew shot Fenerbahce into the lead after nine minutes before the former Super Eagles' winger scored nine minutes after coming on for the Ghanian in the 73rd minute, finding the back of the net off a corner kick.

Fenerbahce are now 11th in the Turkish Super Lig table after 20 games with 23 points.

SEE ALSO: Rohr Explains Why Francis Uzoho May Not Be Used At AFCON 2019

The 28-year-old Chelsea loanee is expected to make his third appearance for his Turkish Super Log side against Kayseirspor on February 8.