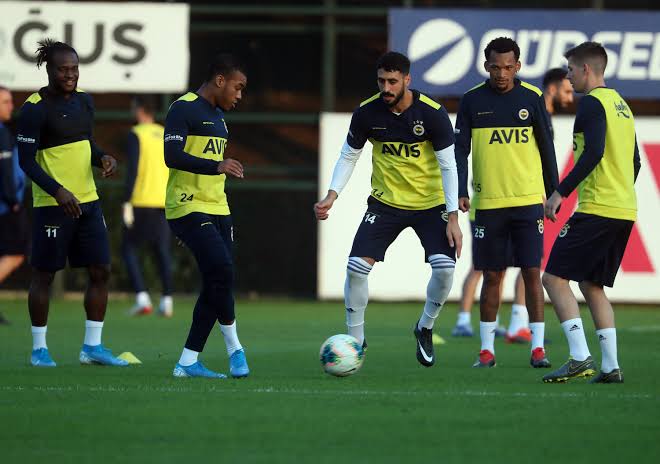 The 2013 AFCON winner was sent out on loan to Turkish Super Lig side in early 2019 for lack of first-team opportunities under ex-Blues boss Maurizio Sarri.

The 28-year-old injured his upper muscle during Fernerbache’s 5-0 win over Gazisehir Gaziantep FK back in August but Moses has shaken off the strain to his muscle.

Moses will train with Ersun Yanal’s men ahead of this weekend’s Super Lig trip to Denizlispor according to photos from the Yellow Canaries training in the club official website.

Chelsea coach Frank Lampard is reportedly interested in recalling the Nigerian forward from Fenerbahce in the January transfer window after former England midfielder approves his return to Stamford Bridge.

The Crystal Palace Academy graduate has struggled with injury this season, he has made just one appearance for Yellow Canaries this term in the 2019-20 Super Lig campaign where he scored but the Benin-born attacker is close to getting back into full fitness.

Moses has played for four different clubs on loan in his career including Liverpool, Stoke City and West Ham and now Fenerbahce.