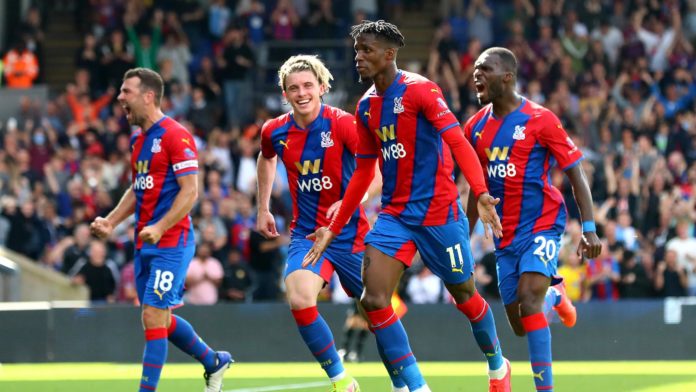 Crystal Palace were more than brilliant against a lethargic Spurs at the Selhurst Park on Saturday as The Eagles bagged their first win of the season with Patrick Vieira at the helm.

Spurs, who entered the game as the table toppers were clearly the second best after the entirety of the ninety minutes, recording a paltry two attempts all through an entirely frustrating afternoon for Nuno Espirito Santo and his boys.

Early in the first half, Tottenham Hotspur who had Son Heung Min missing in action due to injury, were forced to a change when Eric Dier was forced out of the match due to injury.

And after a combative but goalless first half, Spurs became more hamstrung when they lost Japhet Tanganga to a red card in quick succession before the hour mark.

And Vieira's palace took advantage of Spurs' numerical disadvantage to heap series of attacks on the already discombobulated defense.

Their threats would get a reward on goal when Connor Gallagher's square play went straight to the arms of Ben White in the box on the seventy-six minute mark.

Zaha converted the penalty, handing Spurs the first goal they'll concede this season after three matches. Christian Benteke came off for Odsonne Edouard shortly after the deadlock was broken and then teed up with Zaha to score in just twenty-eighy seconds after coming on for his debut.

And the Frenchman struck again in stoppage time from Conor Gallagher's assist to seal a comfortable win.

Santo's Spurs stay on top despite dropping their first points of the season, while Palace move up to 11th with five points.