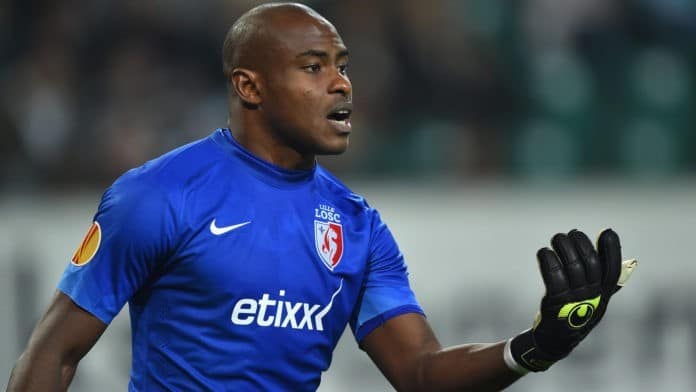 Former Super Eagles goalkeeper Vincent Enyeama has opened up on how disappointed he was to quit his former club Lille LOSC in bad blood and has vowed to stage a comeback to the game that gave him so much fame and fortune.

Enyeama was on having the best part of his career with the in French football with the Club, but the arrival of coach Marcelo Bielsa was the beginning of the 36-year-old's ending at the Club as he struggled to make matchday squad under the Argentine.

SEE ALSO: The Two People Mourinho Fingered For His sack will shock you

“The way things ended at Lille was disappointing, it was sad to leave the club alongside others who gave everything; without the chance to say a proper goodbye to the fans,” Enyeama said.

“I always share positive energy every time I get a chance to see some of our fans, it is a good bond that will always live with me.”

The Enyimba man also said he's hungry to continue playing after overcoming the injury that kept him out for over a year and want to study every offer on the table carefully due to family reasons.

“I have put the past behind me as I continue to train and hoping to make a positive return,” Enyeama told BBC Sport, denying reports he was about to quit the game.

Enyeama was capped 101 times for the Super Eagles and helped Nigeria to AFCON glory in 2013.

The Goalie also kept 17 clean sheets from 35 league appearances in the 2013/14 season, and also emerged as the first goalkeeper to be named French Ligue 1 African Player of the Season.