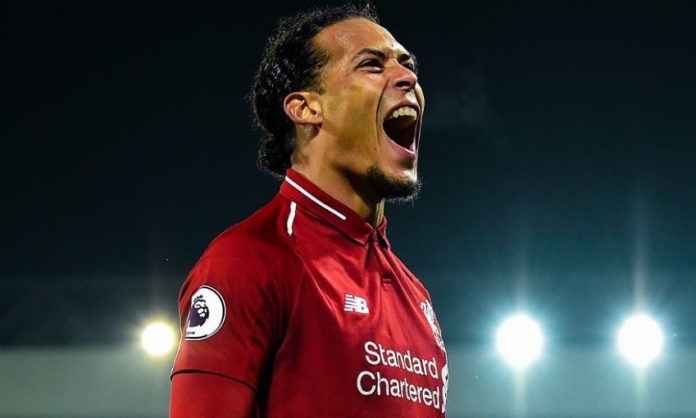 Virgil van Dijk tweaked his ankle after defending a 2-v-1 towards the end of the Spurs game superbly well on Sunday but the Dutchman is hoping it's not too serious and says he should be fit to face Southampton.

Speaking about his ankle injury, van Dijk said: “I know that Sissoko is right footed and preferred him to take the shot. I hurt my ankle but hopefully, it's not too bad.

“It hurts, but we will take a look at it. I'll be fine for Friday.”

Liverpool leapfrogged Manchester City to go back to the top of the table and keep the Premier League title race alive.

Had the Reds dropped points, it could have been the end of a thrilling title bid from the Anfield outfit.

As things stand, Jurgen Klopp still needs Pep Guardiola's men to drop at least two points before the end of the season while maintaining a winning record.

It's pretty clear that this title race is going to go down to the wire.

Should Liverpool go on to win the Premier League, it will be an amazing accomplishment not just because of City's alleged financial doping but because of how this season has twisted and turned so often.

A first title win for Liverpool in almost 30 years will certainly not be forgotten anytime soon.