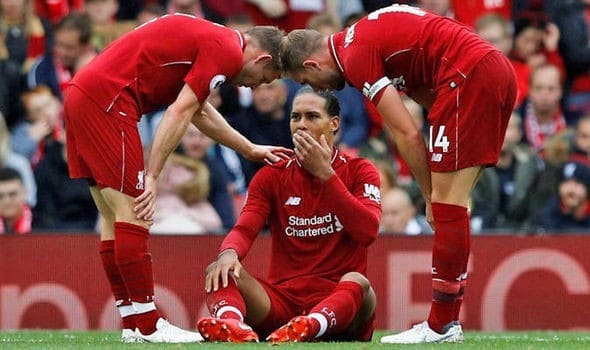 During Liverpool’s 2-1 win over Tottenham at the weekend, defender Virgil van Dijk injured his ankle and was spotted with an ice pack on it during the post-game interviews.

There were concerns that the Dutch captain may not be available for Friday's clash against his former club Southampton, but it seems like the knock suffered by Van Dijk was not serious as he was seen in training on Tuesday afternoon.

Speaking at his press conference on Wednesday, Klopp insisted: “Virgil trained yesterday, he trained normally and I heard nothing different.

The £75million centre-half joined Liverpool from the Saints in a deal worth £75m back in January 2018.

He has been one of the standout players in the Premier League this season and is currently the favourite to win the PFA Player of the Year award at the end of the campaign.

His main focus right now is helping Liverpool push on for success in both the Premier League and the Champions League and the next step in their quest for glory comes on Friday night at St Mary's.

A frosty reception is to be expected from the home fans, who'll hope that their team can throw a spanner in the works of Liverpool's title charge.