A late goal from Alex Iwobi settled things down for the hosts after Ashley Barnes made things interesting when he made it 2-1 in the second half.

The Nigerian was given narrowly over 10 minutes of normal time to make his mark but didn’t have much of an opportunity to get on the ball. Took his only chance very well, firing home a neat finish from a tight angle.

Two goals from Pierre-Emerick Aubameyang proved key for Arsenal, as Unai Emery’s side got back to winning ways in the Premier League immediately following their shock defeat at the hands of struggling Southampton. 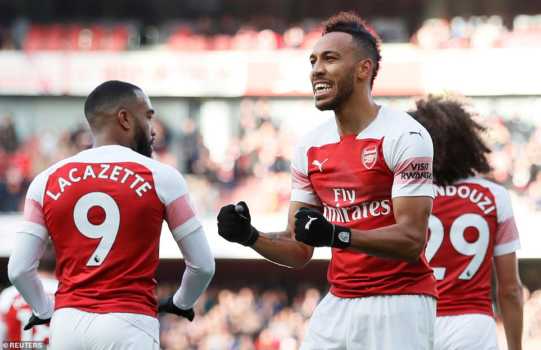 Sead Kolasinac was also a tireless presence down the left-hand side.

Mesut Ozil returned for the home side to take the captain’s armband, on an afternoon where Unai Emery had plenty to think about in terms of naming his starting eleven.

Defensive injuries have really taken their toll, forcing the Spaniard to cobble together his back three.

Burnley were without the likes of Steven Defour, Robbie Brady and Johan Berg Gudmundsson due to injury problems, but still showed shades of how tough they were to break down versus Spurs last week.