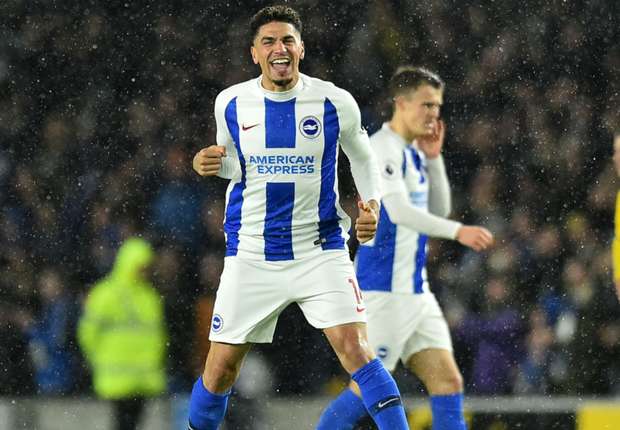 Leon Balogun got his chance to shine after coming in from the reserve arena to make a lasting impression on the minds of his opponent and fans at large.

The light-skinned defender's first touch found the back of the net of their opponent Crystal Palace.

The Brighton defender scored just 25 seconds after coming on as a substitute to replace fellow teammate Gross who was injured.

Balogun’s goal is now the second quickest goal scored by a substitute in the Premier League this season after Daniel Sturridge against West Ham scored in 24 seconds.

The Super Eagles defender has been on the reserve terrain for quite some time until redemption day came beckoning as he seized the opportunity by making history in the EPL. Hopefully, this might change his status for the best in the English team.