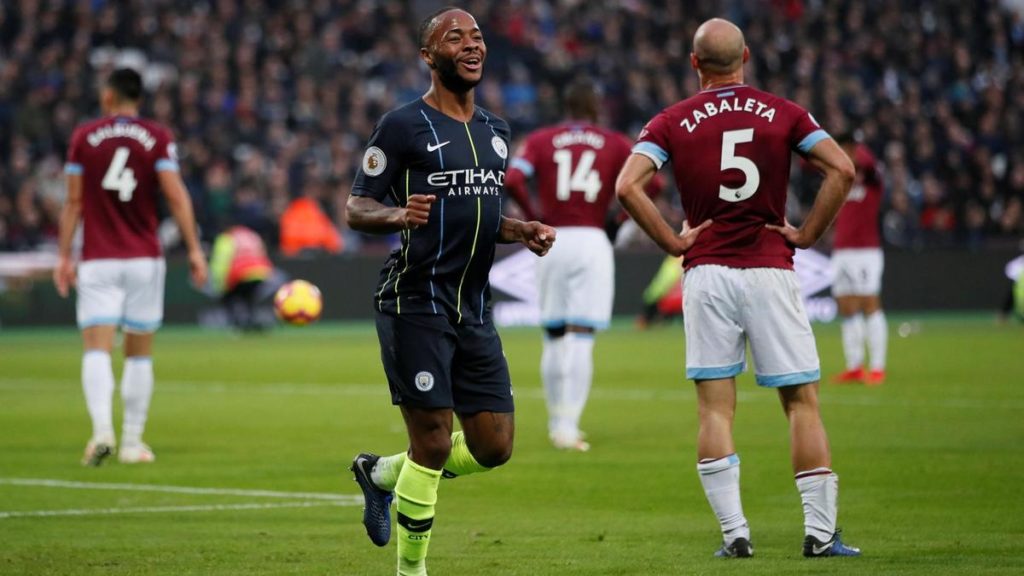 The City forward was completely unstoppable as he put the Hammers to the sword at London Stadium.

First, he produced this clinical finish after being slipped in by Kevin De Bruyne.

Next, he doubled his account with a brazen lob.

And lastly, he pounced in stoppage time to finish his hat-trick.

Pure class! It could be a long season ahead for defenders facing Sterling and co.

SEE ALSO: Dark Times For Iheanacho as His Jersey At Leicester Is Taken Over