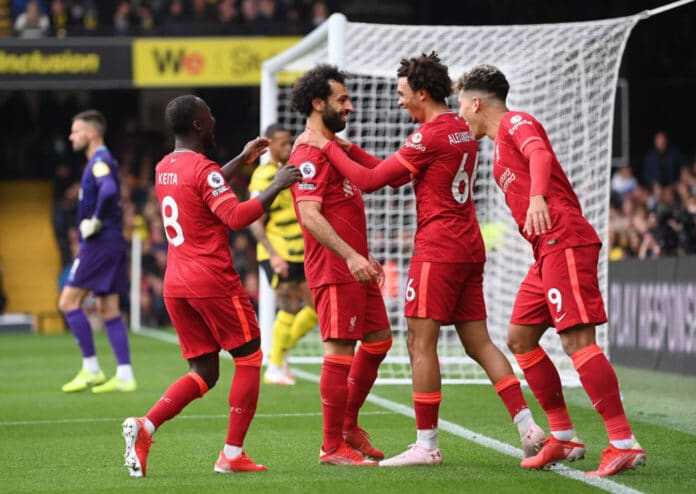 Liverpool's front three of Sadio Mane, Mohamed Salah and Roberto Firmino made it a miserable Premier League return for Claudio Ranieri as the Reds stretch their unbeaten run to 18 games in all competitions.

There was to be no new manager bounce factor for Watford with Sadio Mane scoring after just eight minutes, netting his 100th Premier League goal in the process.

Firmino grabbed the first of his three on 37 minutes from a James Milner cross before Mohamed Salah got the goal his play deserved courtesy of another outstanding individual goal.

Firmino tapped home his second on 52 minutes before wrapping up his hat-trick in injury time.

The rampant Reds now sit top of the Premier League for the time being.